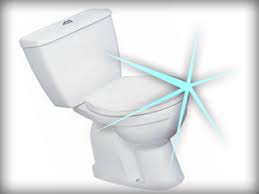 As I saw this I remembered a battery of questions on the Spring 2012 Social Capital, Media and Gender Survey in Azerbaijan survey that deal with household cleaning. I did a gender analysis on it here.

So, this morning I looked at just the question “When you were a child/teenager, were you taught how to clean the bathroom/toilet?” Only 55% of Azerbaijanis said yes.

The most obvious question is one of gender. No surprise here, 88% of women and only 12% of men were taught to clean the bathroom as a child.

But maybe there are some differences by education level, economic wellbeing, and urban/rural?

Looks like those PhDs never learned how to clean a bathroom, huh?

Economic wellbeing is more interesting. Seems that the very wealthy, unsurprisingly, didn’t learn how to clean bathrooms, whereas those in the middle are the most likely. (Maybe the very very poor have outhouses?)

There were very little regional differences.

BUT, very importantly – we should never take these breakdowns at face value. Rural people tend to have less education and less wealth, right? All of these things overlap so much. This is why it is important to do MULTIVARIATE analysis! (This analysis explained 64% of the reasons why one had learned how to clean a bathroom – this is pretty great! Social scientists start getting happy when they can explain 25% of the variance.)

So, I did one (actually I did this first, but I figured people would be interested in the demographic breakdowns first.)

I looked at age, gender, region, wealth, and education.

The next most important factor was age. In a distribution, however, it seemed that while older Azerbaijanis were more likely to have learned bathroom cleaning skills, there wasn’t a huge difference between age categories. (Those that had learned were on average 2.6 years older than those who hadn’t. Statistically significant, but not interpretively interesting.)

The next most important factor was education, however, as you saw in the histogram above, the distribution was almost a normal curve, so there isn’t much that we can say about this.

Region matters, but not that much.

Then economic wellbeing was the next determinant. But again, in the histrogram there was a normal curve, so not much to say.