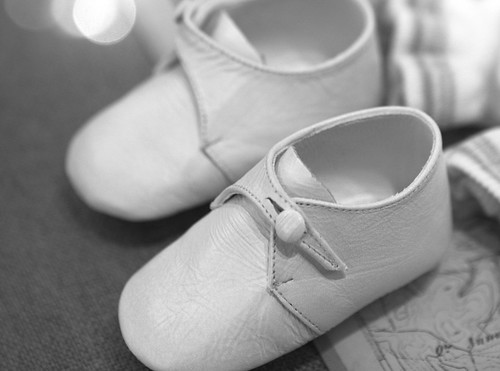 I see how upset foreigners are about the Baby Leo story. Again, I wish to add some context. As I mentioned in my first post on the topic, I have spent a lot of time in Armenia and the region and I spent most of my pregnancy 6 years ago in Armenia, so I have some intimate knowledge of OBGYN care there.

While my research is broadly about technology and inequality in the region, I also spend a lot of time thinking about and writing about family life. Inequality and family are impossible to separate.

Again, here are some things that may help people contextualize the situation better: My first post covered the disability side of things. This post focuses on family and I am creating a hypothetical situation that is a blend of the experiences of my friends and what I’ve personally witnessed in my 17 years hanging out around here. Multigenerational households operate a bit differently from the stereotypical nuclear family. Grandma is sort of “in charge,” non-retired male members work and bring income to the household. Younger female members might work, depending on their skill set and presence of children. Household responsibilities are distributed in a way that may be unfamiliar to Americans. Just imagine what it would be like – both good and bad – to have that many adults under one roof? Personally I am often envious of the great support that this system provides – especially when I’m racing home to pick up my child to drive him to an activity. Oh how I wish that I had more adults around to help distribute the tasks. But let us also imagine that this involves more adults to be concerned about not cleaning their hair out of the drain and other annoyances. And you’re not in a romantic relationship with all these adults, so your ability to work these things out is quite different. And onto status differences…

When a couple weds, how this usually works is that the new bride moves into her husband’s parents house. There are varying norms when there are multiple brothers or if there are no sons, but this is the general rule.

There is a lot of pressure on a new bride to socialize into the family – she may have to do some of the unpleasant chores, for example. And there is pressure to have a child very soon in some families.

Relationships between men and women in Armenia are not like what relationships between men and women are in the United States. While there are certainly exceptions, for the most part, young Armenians do not “date” like Americans do. I’m happy to elaborate on this and I acknowledge that things have changed, but this is just how it is.  And premarital physical relationships are a big no-no. Armenians also marry much younger than Americans do on average. And, by and large, I would argue that most Armenian couples don’t know each other as well before getting married as most American couples do.

Baby Leo’s family story is a bit different because Dad is a foreigner and they were residing with her parents. But I want you to imagine that these are people that are living in a very different household management system from the one that you may be used to.

Baby Leo’s parents are different here because he is a foreigner, but again, imagine that this is the norm that exists in this society.

Fatherhood in Armenia is not like fatherhood in America. In part because of this system of household management and in part because of cultural norms, traditionally, fathers have not been very involved in the day-to-day childrearing. I haven’t seen any data from Armenia, but in the neighboring two countries, very few men had ever changed a diaper, for example. Of course there are exceptions, but again, this is the system in which this story unfolds.

So take this combination of a different style of household management with many more adults with status and the different ways that men and women relate to each other and let that sit in your brain for a bit.

Now, as far as pre-natal care in Armenia – for the most part, most women see a midwife regularly. Yet, as far as I have come to understand, the set of tests given is different. I had to request a number of tests that are standard in the U.S. and just are not in Armenia. Some of those tests may have shown indication of DS. Also it is important to know that in Armenia, like in much of that part of the world, abortion is used as a form of contraception. [link] [link] [link] Because there is less stigma against abortion, it can be assumed that many of those that know of a DS diagnosis would terminate a pregnancy.

I did not give birth in Armenia myself, but as I understand it, the father is usually not present. I cannot comment on the state of the delivery room, but I have heard things that makes me believe that it is not yoga-ball and soothing music-full. Babies don’t sleep in the rooms with the mother. Also, for the record, giving birth can be traumatic and scary and if you haven’t given birth before, it is an entirely new experience. And hormones are all over the place. I had to make some quick decisions immediately after giving birth and I was certainly not capable of doing so with a clear head.

Thus, try to push your own pre-natal and birth experience out of your mind for a bit.

So, let us also let our minds wander a bit. This is all hypothetical – a combination of experiences I’ve seen friends have. We might be assuming, based on our own experiences or otherwise, that everything was great between the mother and father. They were having so much fun picking out names! They had a fun baby shower!  Took photos of them with tiny baby shoes and posted it on social media! So imagine instead that, maybe, this was an unplanned pregnancy. (I have no evidence of this for Baby Leo’s parents, but this is a mental exercise.) And they said, well, it wasn’t planned, and money’s tight, but let’s go for it. Maybe she thought he was a little too mean and sometimes drank too much, but she was sure that after the baby came he would change. And hey, even if he didn’t change, at least there are a lot of people around to help and hey, he’s a provider.  And then, he loses his job. He tries to find other work, but it is not looking good. And the nature of his work means that he has no access to any sort of unemployment benefits. They try to keep it together as a couple, but things are getting scary. They were barely making ends meet before he was laid off, and now this? And as she spends more time with him she realizes that he is sort of a jerk. But it looks like she is tied to him now, so maybe she should just put up with it. It isn’t like she is going to be able to find a new guy very easily, now a non-virgin with a kid. She is prepared to make it work, although sometimes after a big fight she wonders if there are other options. Maybe he beats her. Maybe he is a drug addict.  (Again. no evidence of this for Baby Leo, although we have heard from the mother that the father was unemployed.)

The baby is coming! She goes to the hospital with her mom and sister. It is her first delivery and she is scared. Her mom is running interference with the nurses, sliding bits of money here and there. The baby arrives and everyone is happy! But then the doctor comes to her and says that there is something wrong with the baby. The doctors and nurses’ normal reaction is to send the child to an institution. The mother is hormonal, considering her economic situation, her husband’s attitude and behavior, and the fact that there is little support for special needs children. Her mom and sister give their opinion. Her mother-in-law gives her opinion. Maybe they let it be known that they are not willing to help her be the full-time caregiver for this child for his entire life. They had only committed to caring for the child for the first 5 years and after that only after school. Plus in “their day” “these kind” of children were sent away. And mom, as a younger person with some skills, is a primary income-bringer to the household and if she stopped working, the household would suffer. The mom needs to let this sit for a bit. Then an option is proposed – leave the country. She adds this to her list of things to consider. She’s trying to recover from giving birth. Then imagine that the child’s father appears and whisks him away – maybe another jerk move. But now she’s hormonal and there is more at stake. Maybe she figures that any man that would take a child from its mother should not be one to whom she is married. And then maybe he lies about her to others and this really confirms it. Maybe she planned to divorce him all along and the best chance for her child is to be with him abroad, but that she herself cannot be with him anymore.

Again, I am not trying to imply that any of this happened with Baby Leo’s parents, but that it could have.

There is no way that any of us can know what has happened between these two people. For the most part we’re getting one side of the story and there must be many. Again, I hope to contextualize a bit and additionally hope that people take a moment to fathom that there very well could be good reasons for what individuals have done in this case.